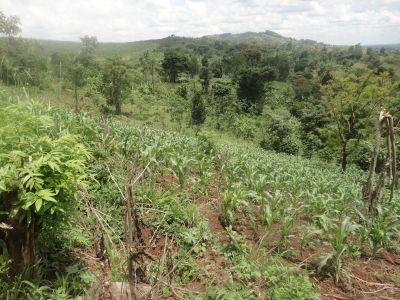 The northern part of the district is flat but the southern region consists of sloping land with great many undulations; 75% of the land is less than 60o in slope.

Most of Buikwe District lies on a high plateau (1000-1300) above sea level with some areas along Sezibwa River below 760m above sea level, Southern Buikwe is a raised plateau (1220-2440m) drained by rivers of Sezibwa and Musamya.

The mean annual rainfall is 11,000mm distributed over 106 rain days, with peaks in March – May and September – November.  Temperatures range between 16oC and 28oc throughout the year.

Both relief and the climate provide a good potential for investment in cash and food crop, horticulture and floriculture on a commercial basis.  Existing commercial farms in the District also provide a good background for experience sharing for those investors who want to venture in such areas.

There are two main categories of soils namely; Ferralitic soils and Ferrisols.

Generally, the vegetation cover is of the forest/savannah mosaic characterized by patches of dense forest in the south and scattered trees in shrubs and grassland of the north.  Natural forests on private land and government-controlled forests are a characteristic of this region.